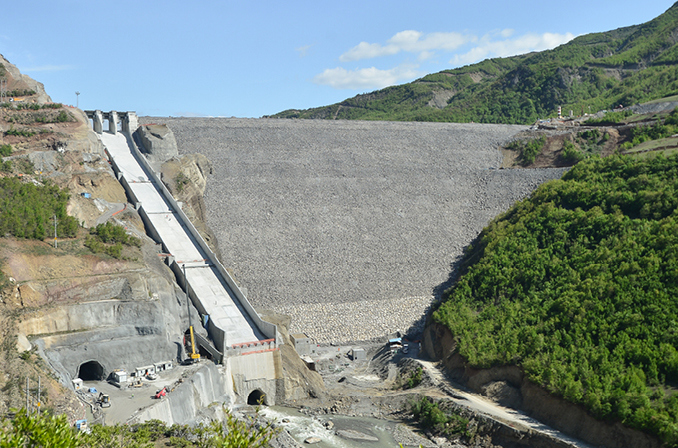 Moglicë HPP is the largest HPP in the frame of the Devoll Hydropower Project.

Moglicë HPP is developed in the area of Maliq and Gramsh Municipalities, respectively Korçë and Elbasan Districts.

The implementation of the construction activities started in 2015 and the HPP entered into commercial operation in the second quarter of 2020. The works were implemented by specialized international and national contractors.

The Moglicë Power Plant will receive its water through a 10.7 km long tunnel from the Moglicë reservoir. Moglicë HPP will use two Francis turbine units. The planned installed capacity is 197 MW with an average generation of 450 GWh/year.